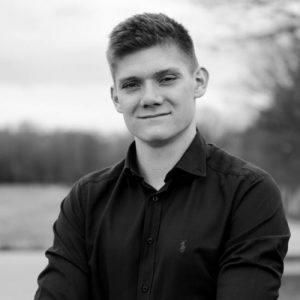 Business Development at PreciPoint. Supports customers in the digitization of their laboratories throughout Germany.

As the second most common neurodegenerative disease and 200000 deaths in 2018, Parkinson’s is one of the most insidious diseases of the 21st century. Research on the disease is ongoing throughout for better diagnoses and treatment options. Jincheol Seo et al, in their Research Article “Chronic Infiltration of T Lymphocytes into the Brain in a Non-human Primate Model of Parkinson’s Disease”of the Neuroscience of the IBR (International Brain Research Organization), describe the influence of T lymphocytes on the degeneration of neurons in the brain. As a model organism, the studies were conducted in Macaca fascicularis, Javanese monkeys.

„Study of interactions between the nervous system and immunity offers insights into the pathogenesis of Parkinson’s disease (PD) and potential therapeutic strategies for neurodegenerative diseases. Studies on rodents have revealed regulatory mechanisms of microglial activation and T lymphocyte recruitment in PD. However, the mechanisms underlying chronic T lymphocyte infiltration into the brain after 1-methyl-4-phenyl-1,2,3,6- tetrahydropyridine (MPTP) injection into a non-human primate (NHP) model of PD remain unknown. This study aimed to investigate changes in serum RANTES (regulated on activation, normal T cell expression and secretion) and analyze the chronic infiltration of T lymphocytes into the brain and microglia activation in NHPs at 48 weeks post-MPTP administration. We found selective and local chronic infiltration of CD4+ and CD8+ T lymphocytes, loss of dopaminergic neurons, dopamine transporter expression, chronic normalization of RANTES in the peripheral blood, and altered microglial morphology at 48 weeks after MPTP injection. This study confirms the involvement of CD4+ and CD8+ T lymphocyte infiltration in MPTP-induced NHP models of PD. Additionally, we corroborated previous findings regarding the mechanisms of T lymphocyte-induced neurodegeneration. The findings of chronic infiltration of T lymphocytes in our NHP model of PD provide novel insights into PD pathogenesis and the development of preventive and therapeutic agents.“

Tissue sections of the brain were immunohistochemically stained and scanned with our M8.

More about our digital microscopes and scanners→

Where can I find the publication?

If you want to read the entire publication, click on this link:
Chronic Infiltration of T Lymphocytes into the Brain in a Non-human Primate Model of Parkinson’s Disease 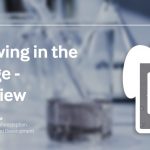 Digital microscope and M8 slidescanner in use in brain research 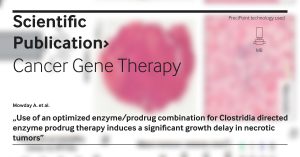 Digital microscope and M8 slide scanner in use Genetics research